by kelly1111
Some more screens of the work in progress: 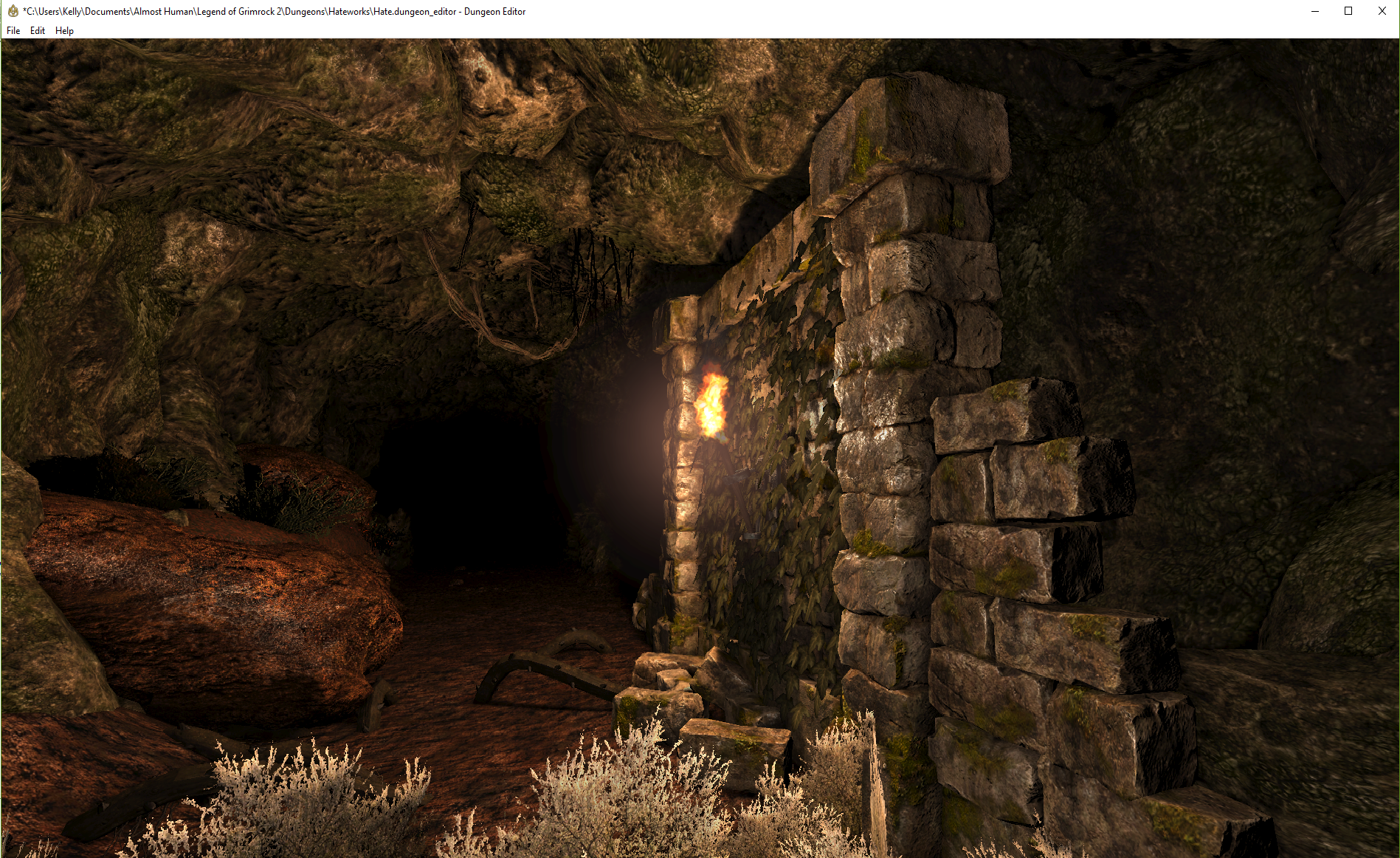 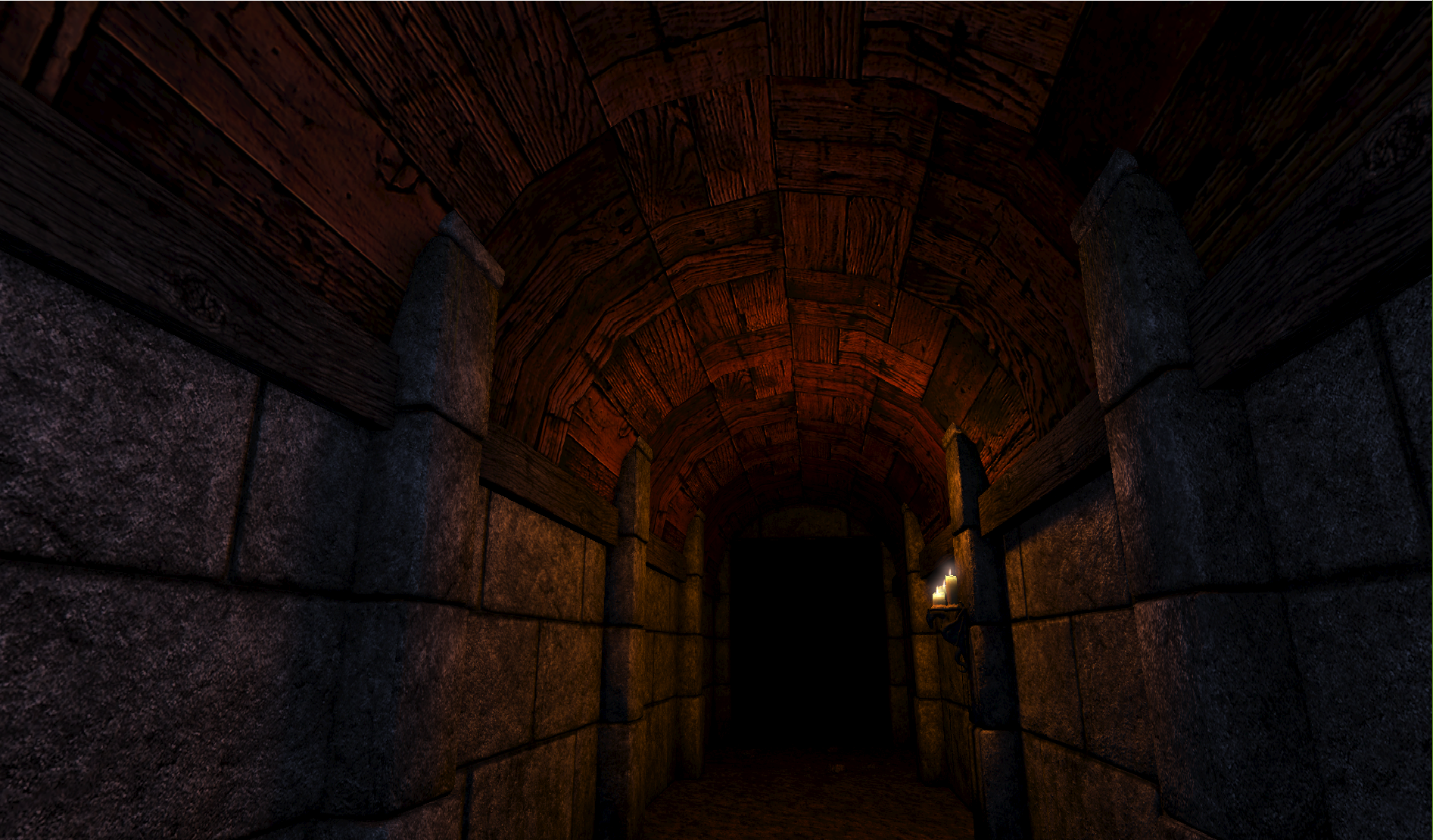 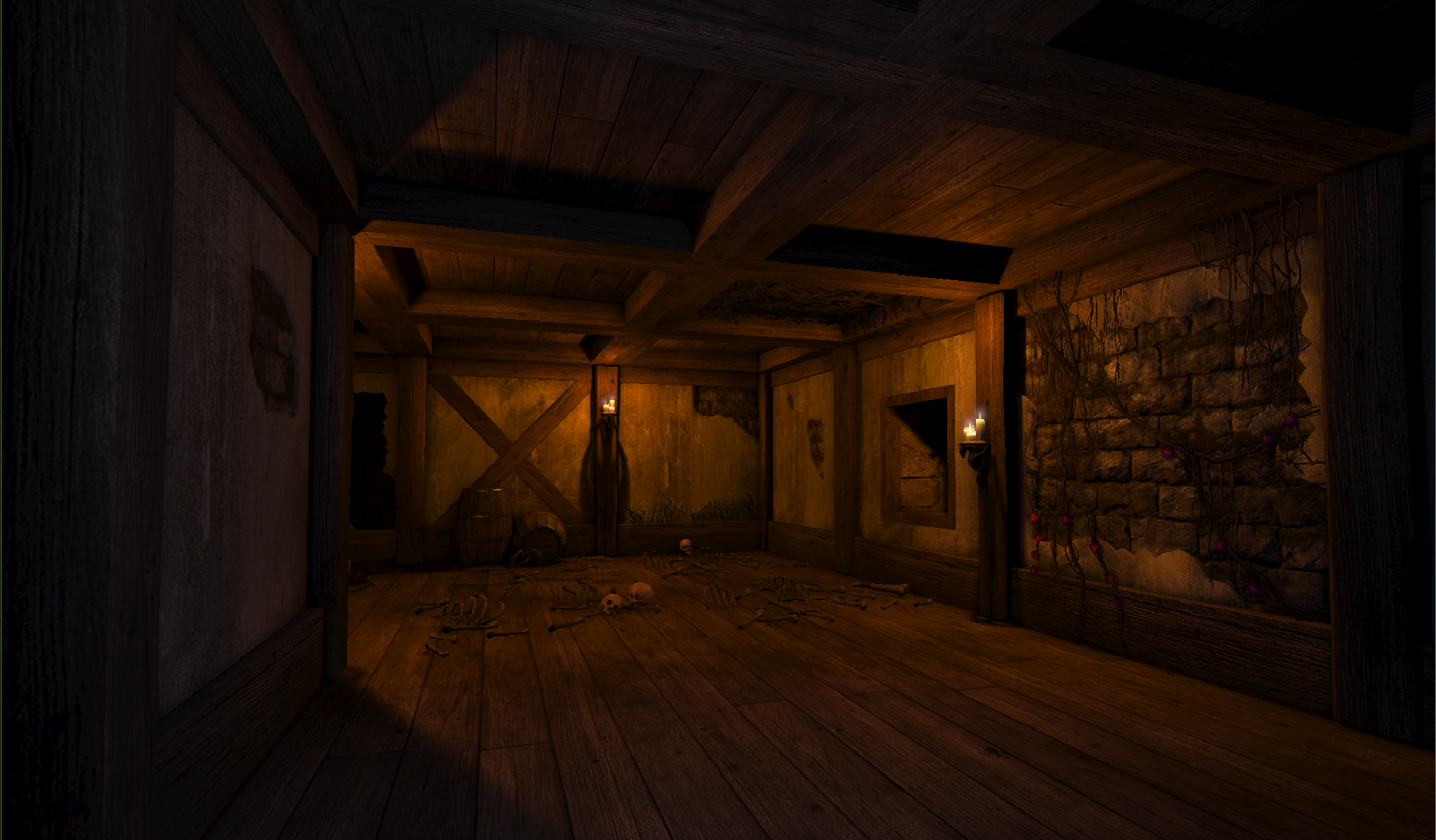 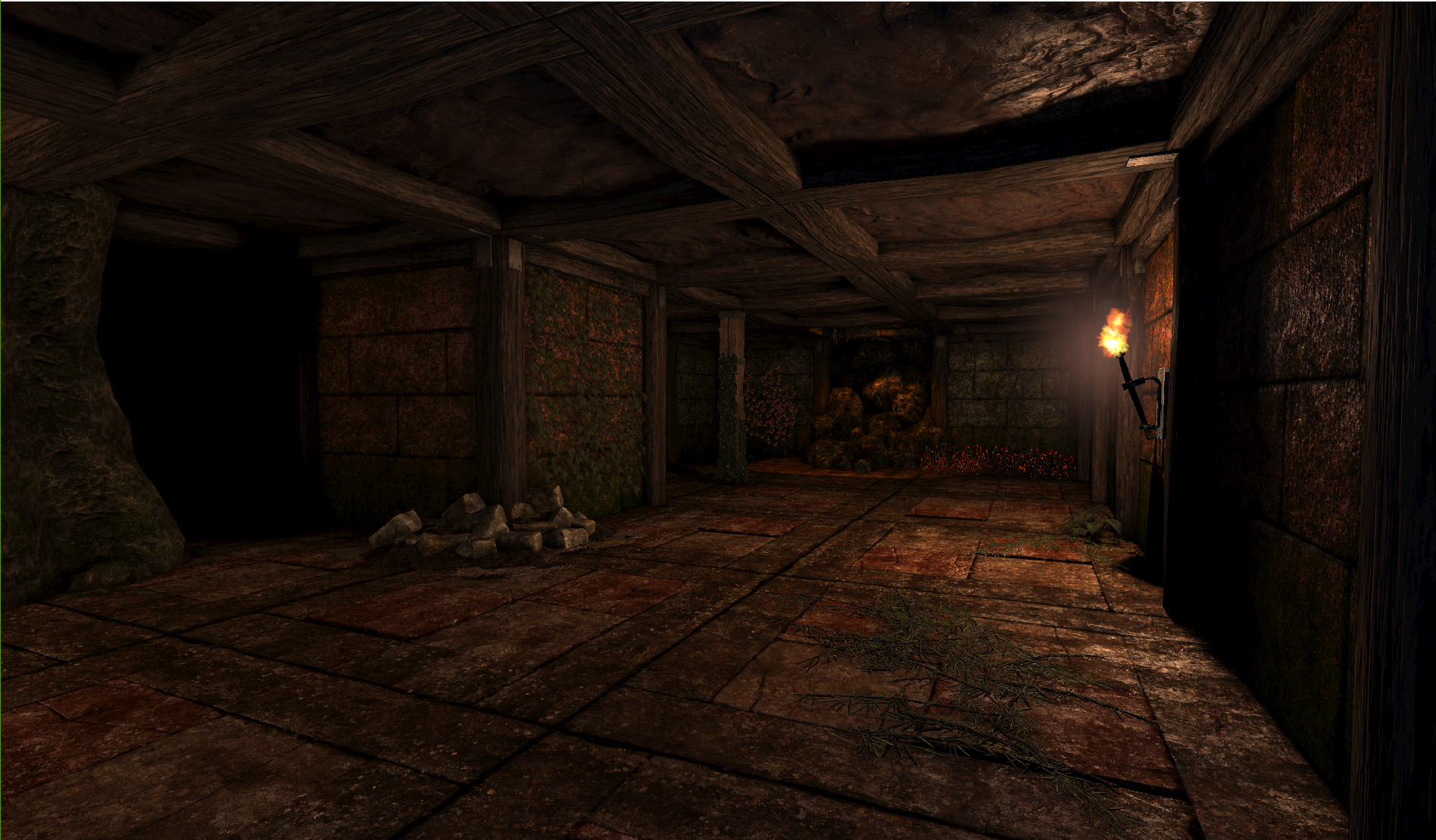 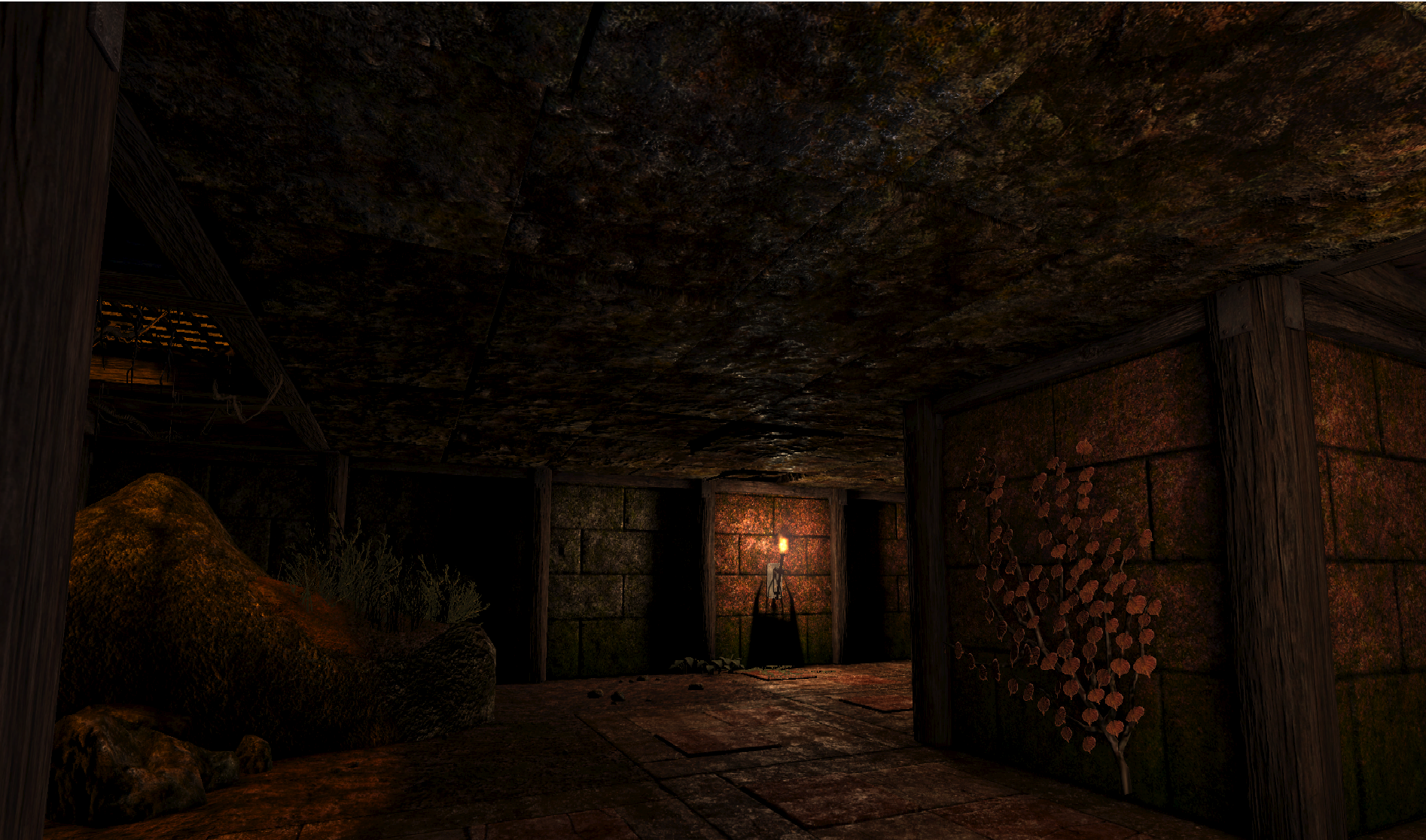 by Curunir
I really, REALLY love the vibe you managed to achieve here!

Everything looks really great, only thing I can think if would be either more defined divisions in the stone slabs in the last shot's ceilings, or making them more jaggy, the way the mine assets are, to make the tiling less obvious, if you want a natural rock look.

Great job, really! Love the arched ceiling! For some reason I'm getting a Thief vibe from those shots and that's a great thing!

I'm just loving this, really great what you did to the plaster walls

keep it up, looks so good.

I'm sure your work will be a great new edition to many upcoming mods.

I look forward to your release.

by kelly1111
very still in progress screenshot of a tileset I am fiddling with at the moment....
Figuring out what textures to use... that look good ..gritty and pockmarked theme

Suggestions, tips and feedback are needed and welcome. Am I making things to dark?
The goal is to make a set that has an aged feel to it, kinda damp and weathered... Planning on adding lichen, lots of muschrooms and stuff later on.

Also... would like to make a sort of channel into the floor in which water flows alonside the walls...
But havent figured out how to do that propperly yet.

And I was wondering if using floortile models this way will hurt performance / FPS ? 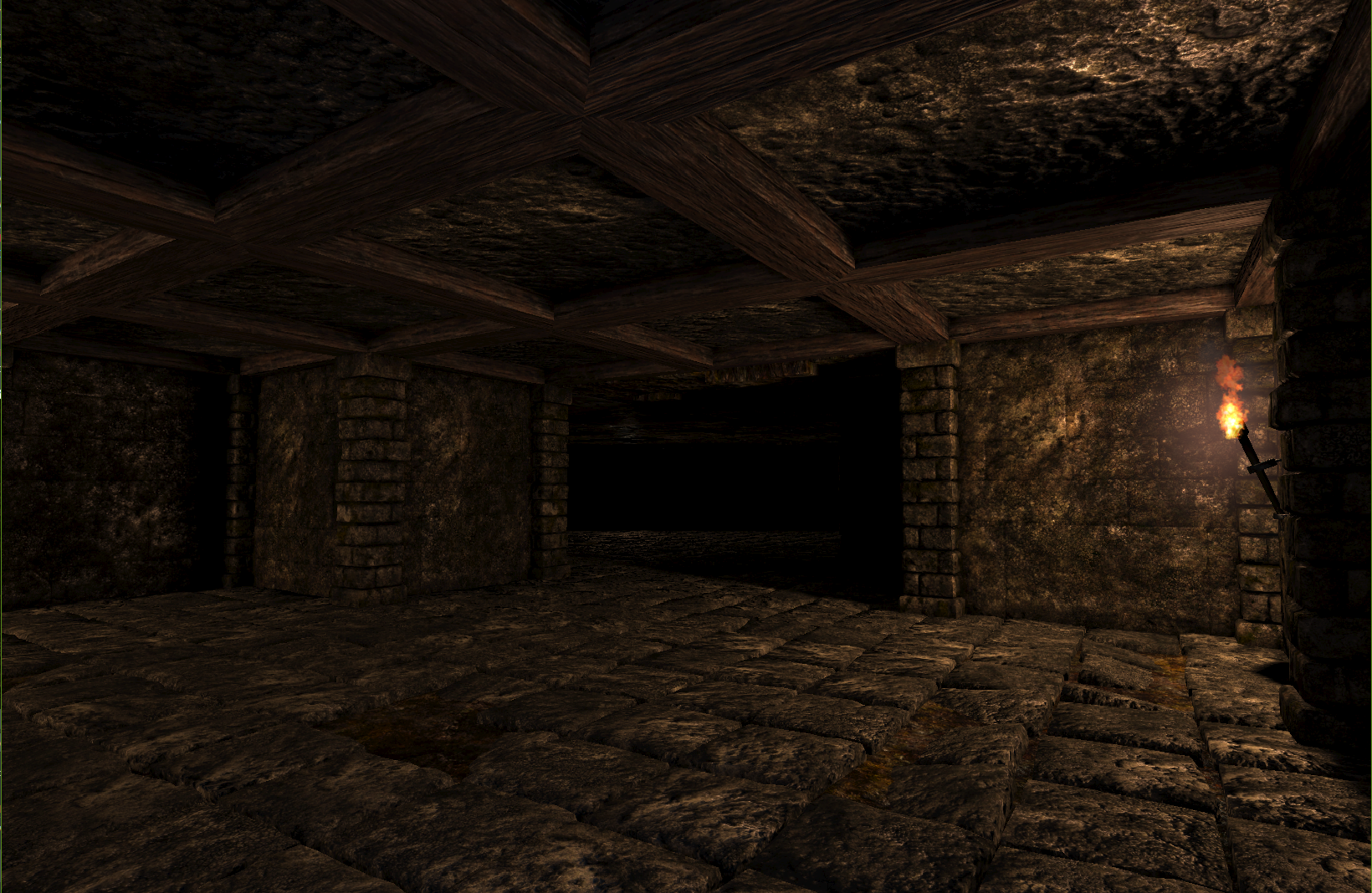 by Pompidom
I wouldn't worry about making things too dark.

The biggest problem is actually that it's never dark enough.
For example the first thing I usually mod in a single player game like for example Skyrim is making it darker so the contrast between light sources and their surroundings and shadows is much more profound.

Your screenshots look great, and there is little point in wasting valuable time stressing about such trivial matters.

Not once has it crossed my mind in any of the log2 mods that an areas is too dark simply because you can use torches and light spells. It's actually always been quite the opposite.


I have eliminated torches in my mod completely. And I plan to eliminate the light spell as well.
By placing atmospheric light sources strategically people will have to get by.

by kelly1111
Good to hear you are thinking the same way about light sources. I am also planning on eliminating the lightspell and greatly reducing the use of torches in my mod. I just think ... that with some well planned and placed lightsources I can communicate the atmosphere of my mod and what I intended with it much better.

Planning on tweaking around with fog particles and fog systems also.. to make things more claustrophobic and obscure inside my little deathtrap mod later on.

I know Zimber had included a trickling rivulet type stream that flows through his forested areas...
That may be a good starting point?

Have you ever sourced free (or not) model packages from sites like the Unity shop... I did a little back tracking and found that those sites are where Vanblam had found some of the models he teased in his Shadowgate thread... could be an idea to help finish off your Cave wall set, maybe? (not implying you or your wall set needs help lol)
All times are UTC+02:00
Page 2 of 7
Powered by phpBB® Forum Software © phpBB Limited
https://www.phpbb.com/