Ask for help about creating mods and scripts for Grimrock 2 or share your tips, scripts, tools and assets with other modders here. Warning: forum contains spoilers!
Post Reply
51 posts

Just as I had hoped

What you described is exactly what I imagined as I read your update....
....but, across the stairs too hey!?
This is very exciting (and I was told today that my air conditioner is getting fixed in time for summer)
More questions I have, but will ask after you've released Avenie + Ive had a little time to llok through the plumbing
Labyrinth of Lies (viewtopic.php?f=14&t=4400)
Legacy of Lies (viewtopic.php?f=22&t=12983&hilit=+legacy)
Top

Now my custom stair mechanics I've been working on doing some visual trickery are worthless!

Looking forward to an awful adventure, I can't wait to bang my head against your puzzles !

I am curious, have you thought about implementing optional difficulty modes for puzzle solving? I'm thinking about the mechanic that displays the puzzle items needed when near the puzzle. Now, I have no clue what you have in store for us, but I can't help but feel that having the option to turn this feature off could bring added challenge to the puzzle solving experience, if the player wished it so.
Top

It really wouldn't; it's visually obvious which items can be used where, and the items are always close to the puzzle that uses them anyway.

For example, that screenshot with the gears shows one of the first types of puzzle you'll encounter: a magnetic plate that you can stick gears to, with an axle that rotates and another axle that powers a device, in this case a large fan. Connecting the axles with gears will make the fan suck or blow, depending on the direction you're turning it, and the gear ratio determines how hard the fan sucks/blows.
There are quite a few of these, and solving them will let you access more of the level, where you can find more gears, which in turn will let you solve more gear puzzles. But to keep things from growing too out of hand, there are also powerful magnetic barriers that you can't take gears through, so you won't be juggling 20 gears at once or anything.

I thought about puzzle difficulty quite a bit, and ended up deciding to just use the hint system for that. If you want easier puzzles you can just always look at the first 2 hints or whatever, and if you want the hardest puzzle experience you can avoid the hints altogether.
Grimrock 1 dungeon
Grimrock 2 resources
I no longer answer scripting questions in private messages. Please ask in a forum topic or this Discord server.
Top

dude I can't wait till beta time! Avenie is the only reason i still look at this forum lol. Minmay you're a god!

I smell you, i do! You GRADUNK! No be hiding on TORGAL!
Top

... give us some spoilers please. Start the hype !
Top

As every dungeon crawler fan knows, video games first advanced to a 3-dimensional perspective with Wolfenstein 3D for the Atari Jaguar in 1994. Yet even in 2020, which is 16 years later, many aspects of games are still lagging behind. Nowhere is this clearer than with skill systems. Some games even have the gall to brag about their "vast" skill trees when they're merely 1- or 2-dimensional!
Avenie's skill system, on the other hand, is truly 3D. A cloud of skills with X, Y, and Z positions awaits!
SpoilerShow 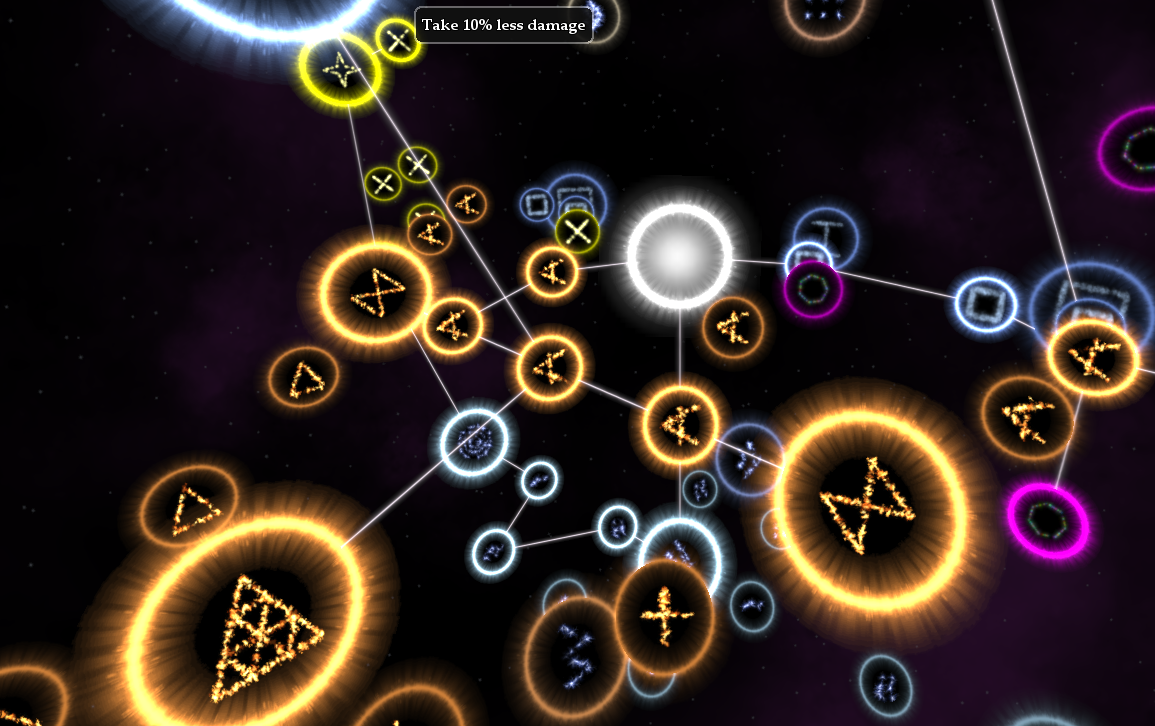 No predetermined paths to restrict you, either! Any skill can connect to any other skill, as long as you have enough points to cover the distance. Just select the new skill you want, or de-select a skill you don't want anymore, and the game will automatically make an optimal route! Also I don't ever actually call them "skills" in-game. Probably shouldn't have called them that in this post, either.

Other exciting new features in Avenie's Awful Adventure include:
Grimrock 1 dungeon
Grimrock 2 resources
I no longer answer scripting questions in private messages. Please ask in a forum topic or this Discord server.
Top

So when can we test it or play it?
Top

minmay wrote: ↑
Wed Apr 01, 2020 5:26 am
As every dungeon crawler fan knows, video games first advanced to a 3-dimensional perspective with Wolfenstein 3D for the Atari Jaguar in 1994.

Legends of Valour was released in 1992, and it has the same 3-dimensional perspective like Wolfenstein 3D.

Are you april fooling us ?

Free movement without a grid.... damn. I want to see that !