WHAT IS LEGEND OF GRIMROCK - MASTER QUEST?
- A full-length add-on to the original PC/Mac/Linux game Legend of Grimrock, in the spirit of the Master Quest versions of some Zelda games, where the entire game can be played again with new changes and challenges for a fresh updated experience.
- A complete re-working of the entire original game with tons of new puzzles, updated dungeon designs, unique story elements, and more. It has been referred to as "Grimrock on Steroids".


QUICK LIST OF FEATURES:
- SCALING! Dungeon scales up in difficultly/reward for higher level imported parties, works well with parties starting up to level 25 or so!
- LOOT! Every item has a loot value, and you can earn "ranks" according to your treasure gathering prowess!
- Two new "boss" battles to experience!
- Longer Ending - there is more to do after the original final boss fight!
- Tons of new puzzles, story, dungeon layouts, etc. A whole new "refreshed" Grimrock experience, but still retains the heart and soul of the original game.

(If you want to open it up in the editor to see all the scripting plus notes, you can get the SOURCE file from the Nexus page as well.)


HOW TO PLAY:
First, you need to have the original game Legend of Grimrock installed (support the indie developers by purchasing HERE)
(You must be running Grimrock version 1.3.6 or higher, or 1.3.7 for Macs

If you are using Steam (click "Subscribe") or Nexus download manager, they even do the downloading
and "installing" for you, so you just "click-n-play", so easy!

Legend of Grimrock - Master Quest is a complete re-working of the entire original game with tons of new puzzles, updated dungeon designs, unique story elements, and more. It has been referred to as "Grimrock on Steroids" and "Grimrock 1.5"

The source files are available as a separate download on Grimrock Nexus (grimrock.nexusmods.com/mods/239), including the main dungeon editor file and many supporting files and notes about how I set up (and fixed!) all the complex systems listed below.

- The overarching dungeon layout is similar, but there are lots of local changes to specific rooms, and some completely new areas have been added as well.
- Original assets were used for the most part, with a few notable exceptions (such as Daniv's excellent wall set variations).
- Most major items have been moved.
- Puzzles have been generally "upgraded".
- The base difficulty level is increased:
* stronger monsters
* more monsters
* trickier puzzles (some with added clues)
- The difficulty (and XP awarded) scales up dramatically according to the average level of the champions at the start (a one-time basis), so you can import your original Grimrock dungeon party and continue your adventure and advancement.
- There is increased replayability as high-level imported parties can expect to gain around 9 or 10 additional levels, and a variety of new skill tomes also add to the progression.
- The dungeon scaling is designed to work well for parties starting out from level 1 up to level 25 or so, with the high end earning their way up to around level 35 by the end. This provides a unique chance to max-out multiple skills which really changes the strategy and approach to playing Grimrock.
- A whole new "loot" system has been added which tells you how much wealth your party has accumulated from the dungeon!
- Every item in the game has judiciously been assigned a loot value, adding a new dimension to inventory decisions about what to toss and what to keep.
- Your party will periodically be "ranked" and titled according to your current loot total, with a final accounting and verdict issued near the end of the game.
- A new armor set system has been worked in, rewarding you with interesting stat and condition bonuses if you can collect and equip any of six different complete armor sets.
- An entirely new side storyline has been added (Lord Perel's failed expedition), and other lengthy writings have been expanded upon or added containing new lore and background fiction.
- Earthquakes play a bigger role and affect the party, monsters, and the surrounding environment.
- Spell scrolls now grant a small skill or stat bonus, so they are not totally worthless.
- Two new bosses await your challenge! (One is optional)
- The original 71 secrets have been greatly expanded to 120.
- There is an extended end-game denouement that takes place after the events of the original last battle, ultimately leading to a final frenetic escape from Mount Grimrock.
- A "Quick Action Bar" has been implemented to allow for handy gear swapping and fast potion quaffing.
- Many other small changes, additions, improvements, etc, have been made to the original labyrinth.
---------------------------------------


This project began as a precise re-creation of the original Legend of Grimrock dungeon with all its puzzles and scripting, largely as an exercise in mastering the editor. As I neared completion of that monumental task, I asked myself "Self, aren't people bored of the original game by now?". So I figured, why not pull a "Zelda" and create a changed-up re-imagined harder version and call it the Master Quest?

For the most part things will feel very familiar to the original game while offering a ton of fresh changes and cool extras to give you a revitalized Legend of Grimrock experience!

Feel free to contact me (official Grimrock forums) with any comments or bugs/problems you find, how you liked or didn't like the puzzles, clues, fights, story, etc, or anything else.

PS - If your console is enabled you have the option to turn on all the debug print messages I used to figure out how things were working or not. Simply press Z and X at the same time to toggle them on/off. Warning - the debug messages may contain many spoilers.

1.2 - Mar 29, 2013 - fixed a couple more minor bugs:
- wake-up crash happened again in a very rare circumstance of picking up a certain invisible utility item.
...stamped out for good now, item cannot be picked up, and script won't crash anymore regardless.
- in rare cases it was possible for the portcullis in the entrance are of "Deserted Tunnels" on Lv5 to be prematurely closed.
...now an extra button is provided just in case.
- it was just barely possible to get into the room on Lv8 with the plate cuirass and the crazy up-down door, and then be stuck inside.
...now an extra button on the inside is provided as a means of escape.

Here are a few screenshots (reduced size for forums): 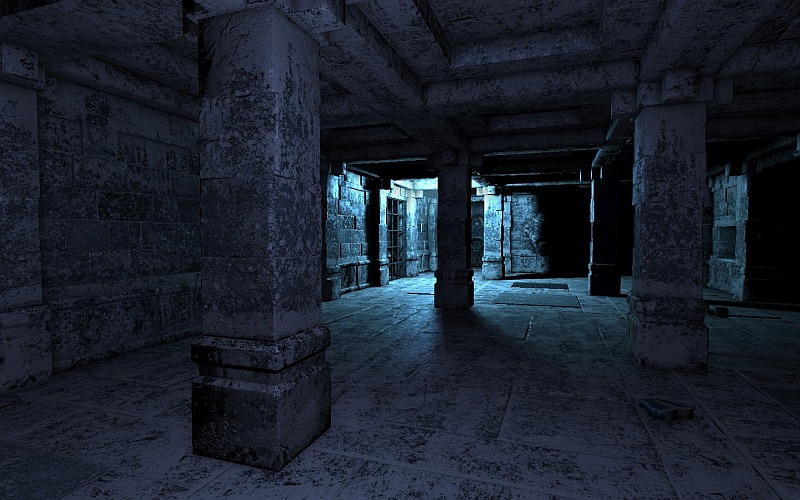 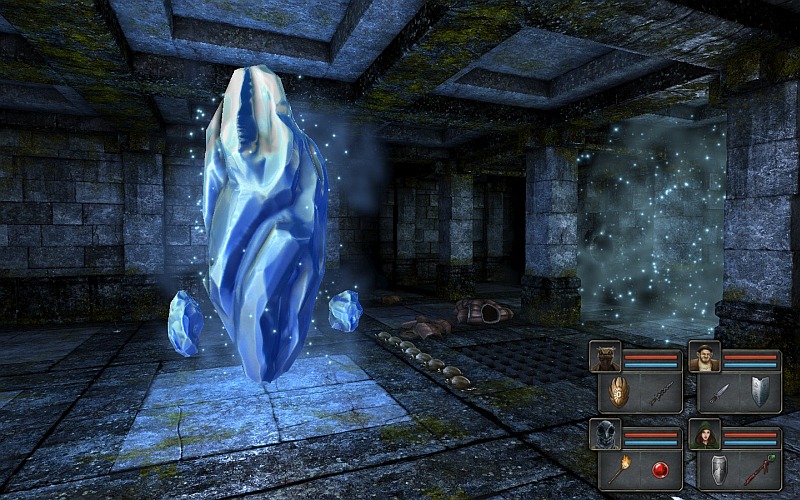 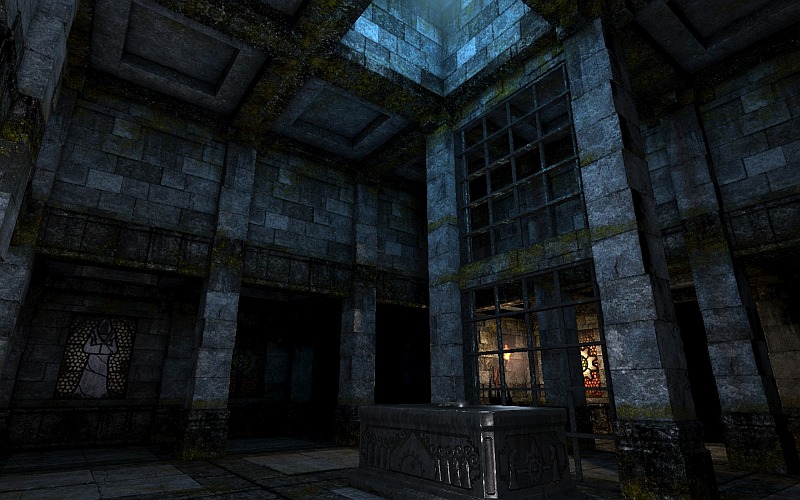 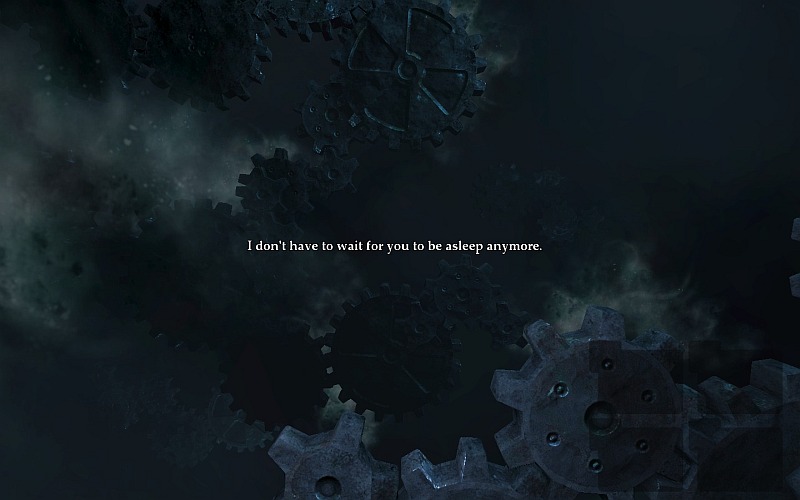 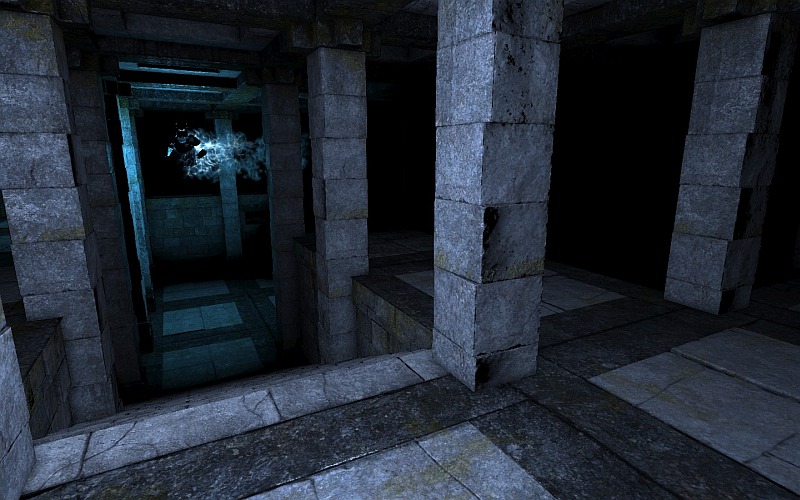 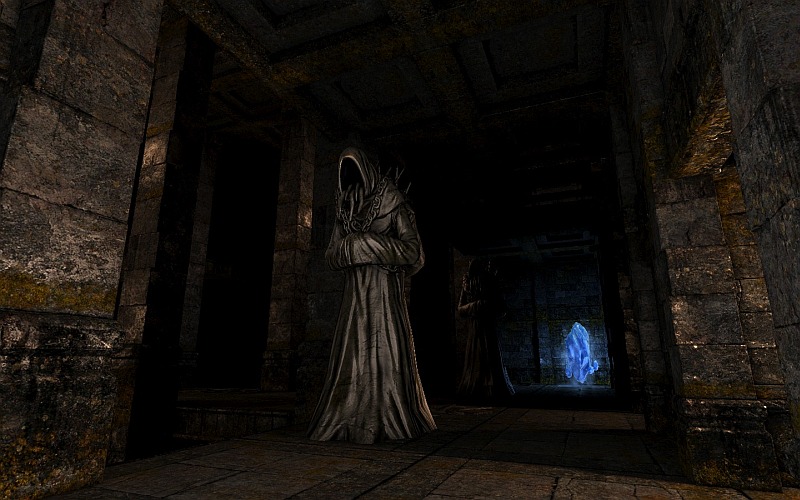 and I thought Christmas is only once a year...

Breath from the unpromising waters.
Eye of the Atlantis
Top

Congratulation again for the release Komag.
Cant wait to play again your Mod, this time with imported Party.
It was really a good Idea bringing replayablity into your mod.

Congratulations and thank you for the gift!

Played the first level.
This is epic. It's like replaying the game after 10 years. I am continually like "hey but this is bigger than I remember", "uh, I thought this thing goes here and instead is there" and "now I turn around the corner and I finally find the... nope"

Definitively going to play this to the end!

"What?!? There is more LOOT to grab?? I have to pay another visit!"

No doubt, Master Quest is - simply put - awesome! What else could i say after 70 hours of beta?

Definately - and finally - replaying it with a new party AND ol' Toorum, for "more LOOT" this time

well, in the editor there are listed 19, but that's deceptive, as the bottom 4 are just a big pit, so the real answer is 15

You guys & gals at Almost Human are awesome! I truly mean that, I'm not trying to kiss your "feet". This style of dungeon crawling was one of the first I was ever introduced to as a kid. (Shadowgate NES & Eye of the Beholder SNES) Then when a buddy in high school had a capable PC, he introduced me to Eye of the Beholder II & III and Dungeon Hack. I've been hooked for some 24 years.

Last year I was so excited when I read about a game being made that was a throw-back/homage to games like Menzoberranzan and EoB. Now what an amazing coincidence that I just become a member on these forums, start playing with the editor, and today find out you're now releasing a Master Quest version of Legend of Grimrock!! I've played through LoG twice over this past year, and now I cannot wait to dive into this.

Again, thank you so much for your teams hard work and for making this game available via http://www.GoG.com! That's where I first heard about your game and subsequently bought it from.