Big news indeed! Oh boy we’re super-excited to tell you that we are now officially in BETA! And it’s about time! We have been burning the midnight oil for so long that all our dreams are now filled with visions directly from the Isle of Nex. The game, a raw diamond which we have been carefully chiseling and polishing so long, is now finally coming together and it’s starting to feel really good. That doesn’t mean that the work ends here. Beta is actually a beginning, a beginning to make the game meet all your high expectations. It’s time to balance all the thousands of gameplay parameters and finetune the gui and optimize the game, and… You get the point! All the features we’ve planned are in and just waiting for some TLC

But before you mail us offering to kindly join the beta-test team… It’s going to be a closed beta again, sorry. Closed beta worked really well with LoG1 and we’re looking to repeat the process. By giving beta access to a carefully selected group of people, we can personally interact with the testers much better and thus get better and more accurate feedback.

The game has been playable from the beginning to the end for some time now and now that we have had one complete playthrough and several cheated speed-throughs we have some idea about the length of the game. It’s looking like Grimrock 2 is going to be around 25% longer than Grimrock 1 but more testing by us and our betatesters is still needed to confirm this.

Like mentioned, all the features of the game are in, but there’s still much work to do. Our Venerable List of Things To Do is constantly getting added with new entries even as we are hammering on the things at the other end of the list. But we are fighting hard to empty the list before the launch. Btw. on top of the list we have things like memory and performance optimizations and tutorial. Below that lots and lots of smaller tweaks and fixes and then of course testing, testing and more testing…

To celebrate all this, we have published a new teaser trailer for Legend of Grimrock 2. Here you go:

But that’s not all (I’ve always wanted to say that)! Many of you may be wondering what the heck happened to the iOS version of Legend of Grimrock!? And rightly so. The truth is we really, really would have liked to work on it, but there never has been enough time to truly make it happen. We care so much about the quality of our games that hiring some random dude who we do not know personally to do the porting work just did not seem right to us (no offence to “the random internetz folks!”). But now things have changed. A friend of us and a coder extraordinaire, Juha Pinola has now been working on the iOS version of Legend of Grimrock 1 for some time and the game is shaping up really well. We do not know the release date just yet other than “when it’s done” but we’ll let you know when we know, ok? The game isn’t just a direct port from the PC version of Legend of Grimrock. We have always felt that the game wouldn’t work on touch screens straight out of the box but needed a few custom mechanics to get the benefits of the touch interface. 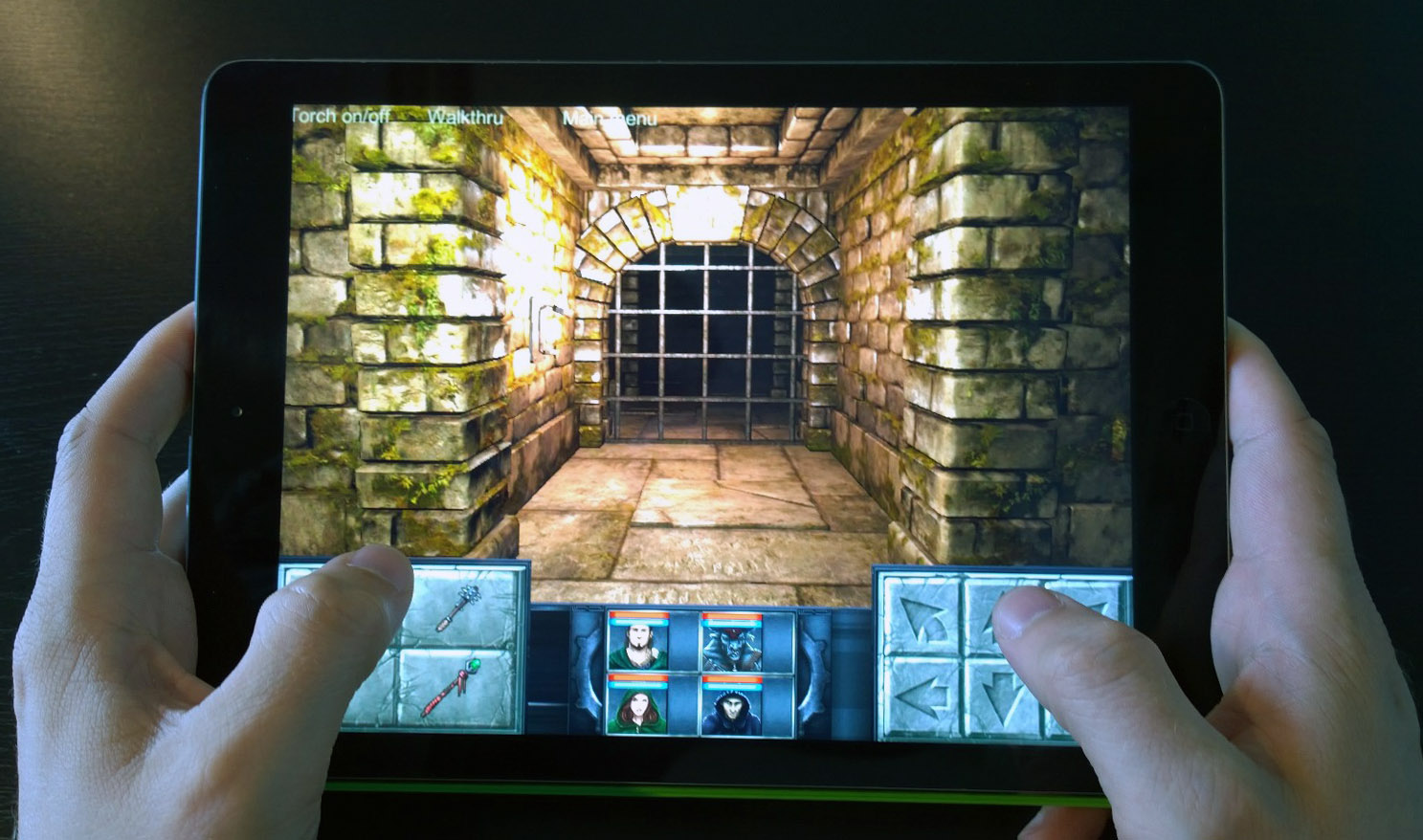 So there you have it! No more secrets between you and us (or is there?!?). We’ll keep you posted on the progress of the iOS version and the development of Grimrock 2. We also hope to be able to soon officially announce the release date of Grimrock 2…

Be excited, be very excited!

-Juho and Petri on behalf of the Almost Human crew