Countless years ago Uggardiands were summoned by powerful mages to guard the tombs of old kings. But as centuries turned to dust and once thriving civilization faded into oblivion still the Uggardians guarded the collapsed and rotten tombs of nameless kings that no one lived to remember. Uggardians were trapped and couldn’t return into their own plane of existence because the ancient summoning magic was still strong and chained them into their duty. The Summoners had died ages ago and they were the only ones with enough power so summon or release beings of Outer Realms. Still to this day Uggardians roam the endless tunnels and passages of Grimrock allowing no one to disturb the eternal sleep of their kings. 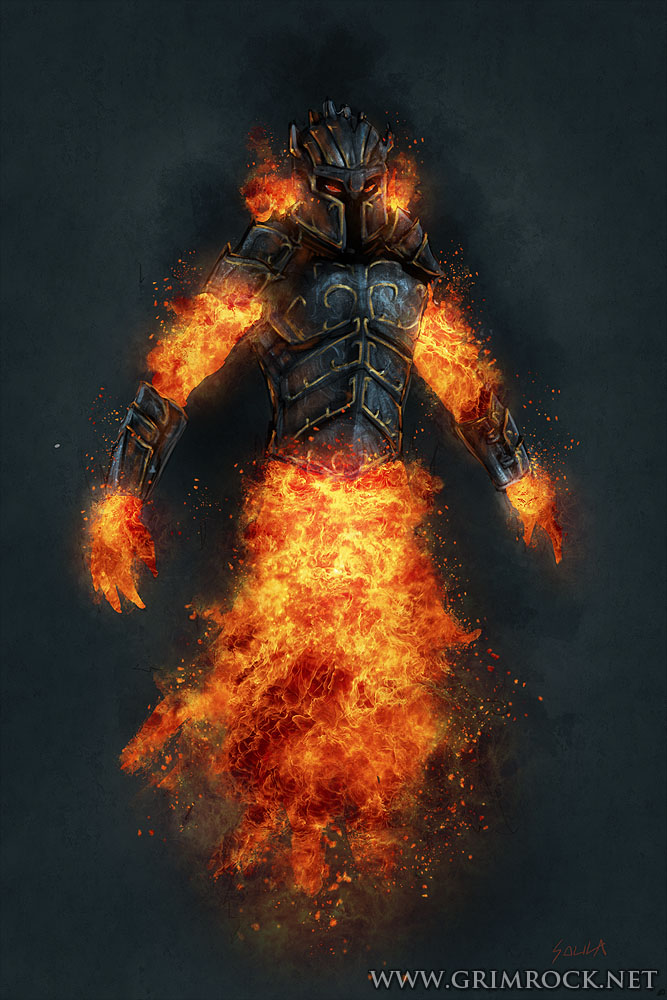 Uggardian is another monster that we’re featuring here in our blog. Uggardian is a strong and powerful being of fire and a mighty foe capable of shooting fireballs towards anyone daring to creep into their tunnels. Uggardian was real pleasure to work with and (in Richard Taylor voice) I got to add all these small details into the armor that nobody gets to see in the game :D. I also captured the concept painting process. I had a rather clear image in my mind what I wanted the Uggardiand to look like, so it was just matter of putting the idea on pixel canvas. I was awfully aware of the capturing software running in the background when painting and I have to admit I had some performance anxiety :). We’re still working with the characters animation and particle effects so it’ll look much cooler ingame moving and puffing fire allover the place. 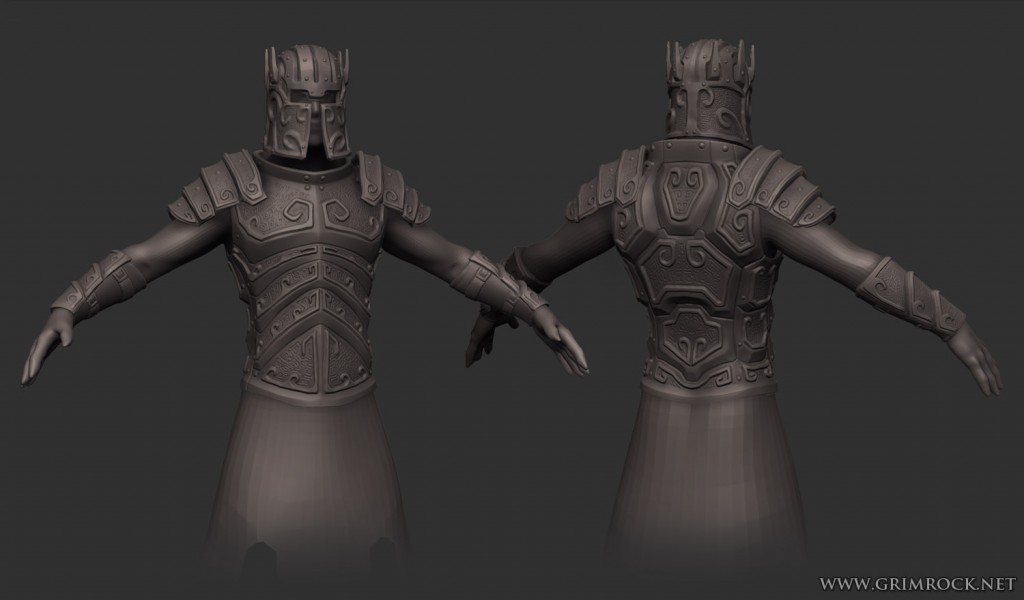